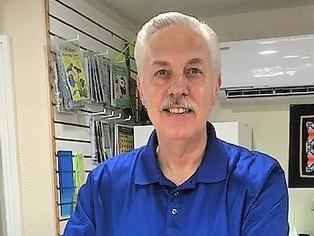 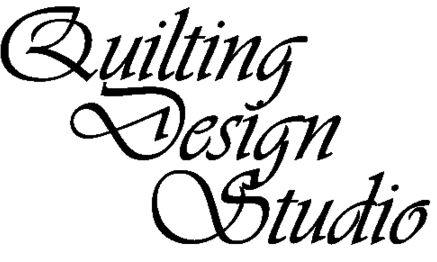 ​Richard Larson is an award winning quilter that started sewing at the age of 6.  After high school, he graduated Wades Fashion Merchandising College obtaining a degree in Fashion Design and Textiles.  In the early 70's and 80's he worked at two different fashion houses in Dallas, Texas, where he designed women's After Five Apparel.

Richard started Quilting Design Studio in 1997, when he bought his first longarm machine.  At this time he was a corporate travel agent.  After quilting for friends for practice, he took the leap of faith, quit his job and started quilting for the public full time.  Since starting in 1997, Richard has quilted over 12,000 quilts.

In his career as a longarm quilter he has been published in Quilters Newsletter Magazine in March 2005 and December 2006.

In 2011 American Quilting Society named Richard one of the 5 Best Longarm Quilters in the United States.  In recognition of this he was part of an exhibit honoring the top 5 at the National Quilt Museum in Paducah, KY.  The exhibit was called "Quilting Reinvented - Longarm Quilters of the 21st Century".  The exhibit ran from October 2011 until January 2012.

Richard was also featured in the book "Men and the Art of Quilt Making" by Joe Cunningham, which spotlighted exceptional quilting done by men.

Most recently he was recognized in Cynthia England's book, "Picture Piecing Traditional Quilts" for quilting many of the quilts featured, as well as J. Michelle Watts book "Quilts of the Southwest".  He was Featured Artist at the Tri-County Show in Cypress, Texas February 2014.